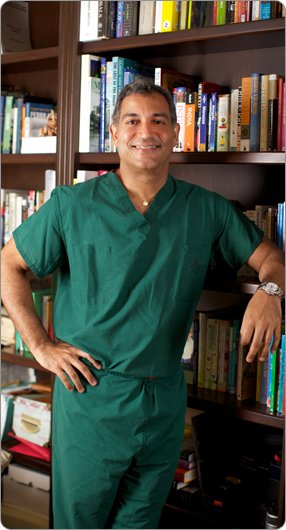 If you are going to go through a mastectomy in the near future or have recently had that procedure carried out, then you are probably wondering about your options for breast reconstruction. With cutting-edge surgical tools and innovative techniques, we can create breast that look and feel very similar to natural breasts. Some patients also have this operation carried out immediately following the breast removal surgery, and that can make the experience much less overwhelming.

A Closer Look at

When a medical team finds a tumor inside a patient’s breast, they often suggest one of these two procedures. Mastectomies are very common, and the goal of that type of operation is to remove as much of the breast tissue as possible. They are usually required when the tumor is particularly large or some of the nearby soft tissue has been compromised. Following the surgery, the patient might want to undergo a breast reconstruction operation to restore their breast.

In recent years, lumpectomies have become very popular because they aren’t nearly as invasive as mastectomies. Instead of removing all of the breast tissue, the medical team will go to great lengths to only remove the tumor. Even though very little mass is removed with this procedure, breast reconstruction surgery might still be necessary. Breast reconstruction after mastectomy or lumpectomy is an excellent option for those who are worried about major changes to their appearance. This type of procedure could help you restore your confidence as well as your self-image.

Am I a Good Candidate for Breast Reconstruction in Miami?

There are many different factors to consider when determining if a patient is a good candidate for this type of surgery. In addition to meeting with your primary doctor, you should also schedule a consultation with Dr. Jhonny Salomon who has bit of a great deal of experience with reconstructive surgeries as well as breast augmentations and lifts. We understand that these cancer treatments can have a huge impact on the way that you view yourself, and our team would love to help you restore your confidence.

During your first consultation with Dr. Salomon, you will need to cover information such as your medical history and what types of expectations you have regarding breast reconstruction surgery. As long as you are relatively healthy and have realistic expectations, then you will be an excellent candidate. If we decide that this procedure is right for you, we can schedule your procedure at a time that is convenient for you.

One of the most common concerns that our patients have is what their breast reconstruction costs are going to be like. Having any type of cancer treatment carried out can be extremely overwhelming, and our team is going to do everything in our power to make sure that your reconstruction procedure is financially feasible. We find these types of operations to be very rewarding, and that is why we offer reasonable prices and financing options without compromising patient safety and results. The final cost of your procedure is going to be determined by a number of different variables, and we will cover that information during your consultation.

Well before the day of the operation, you will need to take a look at your options for replacing the lost breast tissue. Implants are very common, but some patients now prefer to pull tissue from other areas of the body. That type of operation is similar to a fat transfer, and we can use tissue from areas like the buttocks or thighs. The biggest benefit of using your own fat is the lowered risk of complications. Your body won’t reject its own natural tissue, and that can make the recovery much easier. Some patients also prefer to use their own tissue because they want their breasts to feel as natural as possible. When you first speak with our team, we can go over the pros and cons of those two options.

A Look at the Procedure

Your breast reconstruction in Miami is going to be a very personalized operation, and no two reconstructions are identical. That being said, we usually follow the same few steps when performing this surgery. If the reconstruction is going to be carried out on the same day that the breast tissue is removed, then we will need to coordinate with the other medical team so that everything is timed perfectly.

If implants are going to be used, our team will put those prostheses in place and then mold the rest of the tissue around them to create the desired proportions. For that type of procedure, we might have to carry out multiple procedures so that your skin has enough time to stretch and form over the implants. Small devices can be used to speed that process up, but the surgeries must usually be scheduled a few months apart.

A fat transfer reconstruction will be similar, but we are going to begin by removing the tissue from another area of the body. Removing the tissue will be nearly identical to liposuction, and we can usually hide those incisions in the natural contours of the body. Once the breast mounds have been contoured and the incisions are sutured, closed our team can place a compression garment over the treatment site.

Your overall recovery time is going to be determined by quite a few different factors. That includes your age, your overall health, and which procedures are being carried out. After the initial operation, you should be able to begin moving around after a few days, but you are going to need assistance from a loved one during that time. Most patients fully recover after around 8 weeks, and that is when you can schedule follow-up treatments, like a breast lift or laser therapy to minimize the appearance of the incisions.

Undergoing a breast reconstruction procedure can be very stressful, and that is why we will do everything in our power to make this process as smooth as possible. Dr Jhonny Salomon has helped countless patients rebuild their confidence after undergoing mastectomies and other similar procedures, and we would love to help you during this difficult time. We invite you to call us today at (305) 376-7595 to learn more about breast reconstruction or any of the other treatments that we offer.